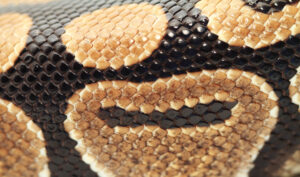 It seems like most of the advice about retirement is to keep working. Experts cite financial and health benefits, as well as the ongoing need for people to live with purpose. Apparently, only a job provides such purpose?

Of course, I disagree work is the solution for most of life’s woes, and I’ve been toying with the idea of penning an op-ed about the case for retirement. I’m still fleshing it out, but my basic premise is that we add layers and layers of accommodations and behaviors to earn a living, and we start to believe that’s who we really are.

Or perhaps we just accept who we’ve become. The workplace is a powerful force, but everything changes if you have the financial resources to exit.

Retirement can be the opportunity to discover or re-discover who you are when nobody is watching. I’ve been searching for a metaphor. The first one that came to mind is of a snake shedding its skin. Snakes shed their skins because they are growing, and the old skin no longer fits. That sort of applies to how we evolve in retirement, but I think it misses one key point.

If it’s true we add layers to survive, then shedding them over time returns us to our natural state. That’s not how it works with snakes, so I’ve been trying to think of another metaphor. Perhaps we are more like furniture being stripped of multiple layers of paint to ultimately reveal the lush original wood.

I’m several layers away from exposing bare wood, but I’ve been blowing some dust and cleaning up a lot of paint chips. I want to see what’s underneath.

Are you morphing in retirement? How would you describe it?

OK, it’s time for someone to remind me again how we are living in Paradise down here in Southwest Florida. Because I’m just not getting that vibe lately. Let’s see, in just the last few months the heat index has been over 100 daily. Toxic red tide has polluted the shoreline along the Gulf coast, killing dolphins, hundreds of sea turtles, manatees and millions, yes millions of pounds of fish. As if that wasn’t bad enough, a nasty green algae in the water released from Lake Okeechobee is choking the Caloosahatchee river and the countless canals it feeds. The local TV news is telling us that there may be long term health issues from it.

A couple weeks ago we were taking the dogs for a walk, and 2 feet from the front door was a fat poisonous water moccasin. The dogs saw it before we did. Judi took the dogs down the driveway and I ran back in the house to get a gun. Shot it twice but didn’t kill it. Now,I have heard they are aggressive vipers but this one was real bad. I closed the screen door as it chased me onto the porch, coiled up, hissing and striking at the door numerous times. Couldn’t shoot again because Judi and the dogs were in the line of fire. Finally, chopped in half with a shovel as it slithered away.

The fire ants attack me once or twice a week, and just yesterday morning I saw one of the biggest alligators I have ever seen in the river behind the house. Around 10 feet long. While I was watching it from the dock it saw me and I could imagine it saying,”what are you looking at?” Made the hair on the back of my neck stand up.

Well, at least we haven’t had a hurricane yet this season. The last one came within inches of flooding us out. We were stranded for 3 days until the water receded, without power for 9. Passed the time shooting the poisonous Cane toads with my pellet gun. They are so toxic that they say that it can kill your dog if it just licks it. Still shoot one or two a week.

Then, just driving around the county all you see is the scraped and scorched earth of the massive apartment complexes and gated developments and strip malls popping up everywhere.

OK, there comes a price to pay for living in Paradise. This all sounds like I am complaining but in another month or so I’ll be watching Lester Holt telling us about the millions of people being affected by blizzards and icy conditions and freezing temps while sitting on the back porch, or we call it, the lanai, in my t-shirt and shorts. And I’ll be saying , “just another day in Paradise.

E. Michael Gillern lives in Fort Meyers, Florida where he apparently has to fight off potential predators every day.

I am sharing a warning from the ghost of retirement future. I built a solid portfolio of skills and talents in my 38-year career, and when I retired from full-time work, the things I was good at were the first to go. Everyone talks about outliving your money, but maybe the real risk of retirement is having our hard-won strengths put to the test.

Of course, the agile retiree with a learning orientation will adapt. I now realize my strengths are also development areas. I’m committed to continuous improvement. In the near-term, I will get dressed and do something about the jammie shortage.