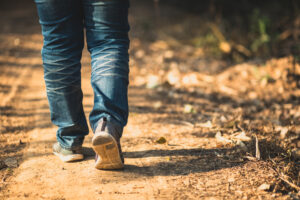 The rainstorm began around two o’clock in the morning accompanied by loud thunder that sounded like it could topple the tall bell tower of the largest church in Rovinj. The tower’s bells resound majestically on Sunday mornings before the first mass. The thunder woke me up, and I rushed to close the wooden shutters and prevent the rain from entering the bedroom. I love summer storms, the sound of raindrops, the look of wet, shiny cobblestones, and the fresh smell of the air after the rain stops. It excites me watching the night colors of the streets and the sea, listening to the rumbling noise descend from the sky, and anticipating the next morning that might surprise me with a wide blue sky without a single cloud to float across it. After the storm the sea seems motionless, and its surface is disturbed only by the landing of seagulls and the long dives of cormorants.

I woke up to a heavy gray day instead. My husband’s depression grew in volume by the minute. He was verbal and described his anxiety as an inability to focus on anything else but himself and his self-inflicted mental torture. He didn’t know a way out of it. One minute he was cold, the next one hot. I suggested having a coffee in a nearby bar and taking a walk. As soon as we sat at the small, round table at the bar, our friends joined us. Being surrounded by people whose company he once enjoyed, he became even more withdrawn. They didn’t interest him. He looked as if he was ready to jump out of his own skin but lacked the energy to do it.

After the coffee we took a walk on a path lined with tall cypresses on one side and the fragrant Mediterranean shrubs on the other. He continued to look at his cell phone that measured our strolling in steps, calories, and miles. He failed to connect to the beauty of nature around us because he thought that the numbers and charts he was monitoring were the only real world. This walk after the rain was just one of my attempts to save him from ruminating.

I wondered what color the next day will bring- blue or gray? Will I be able to notice these colors or just put my sneakers on and count steps, calories, and miles?

Romana Capek-Habekovic lives in Grand Rapids, MI. One of his stories appeared in New Reader Magazine in March 2022.