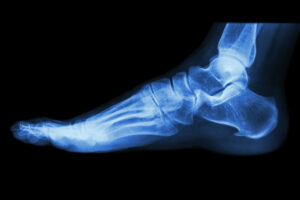 You’ve heard the expression, ‘shot himself in the foot.’ I wonder where it comes from. Maybe it goes back to WWI trench warfare where a self-inflicted wound meant a ticket home paid for with a permanent limp. Now, it more broadly refers to a tactless act or remark in a social context. Anyhow, when I saw my mechanic friend, Todd, outside a drug store wearing a walking boot, I tried to joke about it. But I actually shot myself in the foot by asking if he had shot himself in the foot.

Todd smirked and shrugged. Oh shoot, I thought. Now I stepped in it. There goes my preferred customer service and best-buddy discounts. He can’t really have shot himself in the foot, can he? Trying to back-pedal, I asked if he had been in a car accident. He shook his head. Next, noticing the shiny metal ‘safety plate’ peeking out of the torn leather of his left boot, I tried to blame something heavy like a transmission landing on his foot. Never a man of extra words, he shook his head again. Damn. Could he have actually shot himself in the foot?

“On accident,” he finally offered, “with a 9mm hollow point.”

What do you say to that? I surely did not want a blow-by-blow account of what was probably embarrassing for him and kind of nauseating to contemplate in detail. And besides, I had to get home with my wife’s pain medication. Todd seemed in no rush and when he shifted his weight to his good leg and blinked a few times and blinked, I realized he actually welcomed his chance to tell a story and wallow in some omigod reactions. This was probably the most excitement he had encountered in twenty years of tune ups, oil changes and greasy skinned knuckles. Here he stood like an unknown comedian enjoying his first break on a late-night show. He finally had a story to tell after having to endure my yarns and jokes every time I entered his shop.

It was my turn to play audience to medical chart notes, surgery progressions, recovery predictions and the long-term effects of losing feeling in two toes. I ‘uh-huhed’ and shook my head with compassion while foregoing the pressing question…what were you doing with the gun in the first place?

Sometimes, I guess, you just have to let a guy have his moment in the sun. He paid a lot for his patter even if he had to provide it himself.