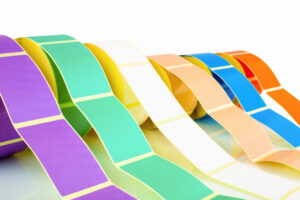 But how will we be able to tell which generation to blame? That was my first thought when I saw that a group of demographers and social scientists was asking the Pew Research Center to stop promoting the use of generation labels (e.g.Silent Generation, baby boomers, Generation X, millennials, etc.).

It’s been all too easy to blame baby boomers for a whole host of societal ills, but if you stop to think about it, that means you’re blaming your 75 year-old brother along with a 63 year-old sister. You would expect twelve years age difference would have significant impact in their respective outlooks and behavior.

This name game supposedly started with the “Lost Generation” appellation in the late 19th century. But then it mushroomed into the Greatest Generation, the Beat Generation, Boomers, Gen X, Gen Z, Snowflake Generation, etc. The labels seem like fun, but when journalists and marketing firms start making generalizations about your generation, the party the fun is not so much.

Demographers say the classifications are not real, and you would have to acknowledge that at this moment in time there is one hell of a lot of disparity in what baby boomers are thinking and how they are behaving. Just take the last election or the current political party divide as one example of how useless it is to try to categorize baby boomers.

Maybe one day we can drop all the labels and just try to get along.

Nah! It will never happen. Everyone from journalists to armchair philosophers thinks they have a God given right to pigeonhole one generation after another, so good luck with ending that practice. Guess it’s up to us as individuals to try and stop labeling each other and just try to listen to each other.

Nah! That’s not going to happen either. You can just continue on with your stereotypes, and I’ll go on with mine.