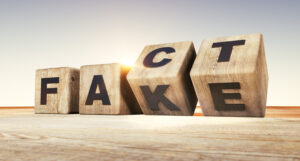 Or should that be misinformation? I never had any expectation that baby boomers were a monolithic demographic when it came to their political and social opinions, but sometimes it felt that way when the war was raging in Viet Nam and Selective Service (remember that?) was breathing down the necks of young boomers. We are all in this together, right? Well, maybe not.

Fast forward 52 years, and it’s become even more clear that if there ever was any uniformity to our outlook as children of the 60s, it’s gone now. The truth has gotten fuzzier and facts can be challenged by alternative facts, the latter phrase itself a puzzling and disturbing development.

All this time, even though we watched the same TV shows, listened to the same hit songs, and fixated on the popular movies of our era, it appears that are brains were interpreting these cultural touchstones in very divergent ways. Truthiness became a thing and thus it became okay, if not acceptable, to decode shared experiences as opposing ends of the political spectrum.

The alphabet soup of generations (Gen X, Gen Y/Millennials and Gen Z) have been for the most part shaped by a whole different set of cultural and political influences. Their outlook has been influenced by recessions, rapid technology innovation and rampant social media. Now they are tasked not only with translating the latest operating system updates for our computers, but also helping us separate truth from fiction. With baby boomers grandparents caught between Q Anon and the Onion, what’s a Gen X, Y or Z’er to do? They expected, even welcomed the chance to help boomer parents with technology, but how could they have predicted they would be required as well to debunk fake news. One generation believes if they see it in print it must be true and the other generation finds almost everything that makes its way to the internet to be suspect.

Since we can’t agree on which facts are really facts (i.e. truth), we can only hope that X, Y and Z will save us by confirming the real ABC’s.