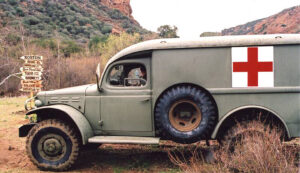 According to a Pew Research Center analysis, a lot more boomers chose retirement during the pandemic than what had previously been expected.

If you watched the TV show MASH, there was a 2-part episode devoted to what was known as a Bug Out. Surgical units had to be ready to relocate within 6 hours due to imminent movement of enemy troops.

It’s beginning to look as though baby boomers are experiencing their own Bug Out. And this one is precipitated by the pandemic forcing people to abandon their workplaces.

2.86 million Baby Boomers retired in the 3rd quarter of 2020. The COVID-19 recession was the main culprit in this higher than expected surge. Until now, retirements averaged around 2 million per quarter, so this was a substantial increase.

Forced to work from home (if they were lucky and could figure out how to ZOOM) or pushed out of jobs that were considered essential but posed a risk greater than they could tolerate, many boomers chose the Bug Out option. It’s doubtful that they could do it in 6 hours or even make the decision to bug out in that amount of time. While several million boomers were planning on retiring anyway, close to a million more boomers just felt like they no longer had any choice in the timing.

In the MASH episode, much of the drama emanated from the fact that Hawkeye, Margaret and Radar stayed behind to care for a patient who could not be moved without threatening his life. Baby boomers who are essential workers must know what that feels like, as they remain on the job while a silent enemy is all around them, and all they have for protection is a mask. Social distancing may not be possible.

For those boomers who chose early retirement, we say good luck. To those boomers who remain on the job, we say thank you for remaining behind and doing those essential jobs. Things may never be the same when this is over, but let’s not forget who performed the essential work.

Jay Harrison is a writer and creative consultant at DesignConcept. His mystery novel, Head Above Water, is available on Amazon and Kindle. You can also visit his author page here.