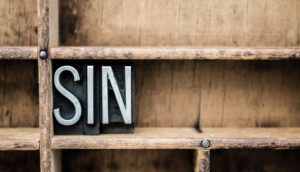 It was the thing that many of us did back then. In the 1970’s, much to the alarm of my parents, I dropped out of college and moved in with my boyfriend. My father tried every tactic to dissuade me, even bringing up the cow and the milk, you know the one about why should someone buy the cow when they can get the milk for free? In any case, none of it worked. We moved in together and feathered our one-bedroom basement apartment nest. It helped that many of my parent’s friends’ kids were making similar choices, and in time, they adapted to the situation. My father even grudgingly admitted he liked the guy. Working part-time, I finished college, and eventually boyfriend and I followed the acceptable path – marriage, corporate job for him while I spent time raising our two beautiful children. My parents breathed sighs of relief, relishing in our comfort and success, at least until we divorced 15 years later, but that’s another story.

Flash forward to 2011. My second husband had died; my new love’s wife had met a similar fate. Such are the dishes served at life’s table. I was in a situation where I needed a place to live. He had a place big enough for both us, having raised his two children there. I had decided never to marry again, and he, before we met, had decided the same. My parents were long gone, so couldn’t comment, but my children could. Mom, don’t you think you’re moving in with him too soon? You haven’t known him long enough. His son, still living at home, said Dad, I thought we were going to be bachelors together. How well do you know this woman? My partner’s mother, the only parent still alive between us, hoped for a commitment ceremony, which we briefly considered, but never got around to.

Today, we enjoy a peaceful cohabitation, with our finances separate but our lives shared. Our children are used to it; his mother no longer mentions the commitment ceremony. Sometimes, though, we get questions from one of our six grandsons. Why don’t you wear rings? Is Gigi your wife? We explain that there are lots of ways to live a life, lots of good choices. My daughter, at the wise age of 35, laughs as she sums it up: You are just two happy grandparents living in sin.

Lee Stevens is a mostly wise elder and joyful writer in Hendersonville, NC