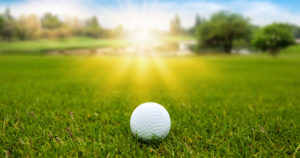 I’ve played with them before, and I nicknamed them the love birds. Every other word is babe this, babe that. They walk off the green holding hands. I know … how awful … a loving couple having fun together. Imagine! I guess I’m a little more buttoned up when it comes to public displays of affection.

Aside from all my judgmental observations, they are quite nice to play with. Interestingly, they don’t putt anything out. One putt, and if it doesn’t go in, they pick up the ball. I have no idea how they score, and I’m guessing they don’t care, which is kind of cool. I wish I were that laid back. The other thing is he stands behind her on nearly every shot and gives “feedback” on her swing. I’d kill him, but that’s me.

I was busy trying to play my game and didn’t give them much thought until the drive home. I was thinking love has no age limit. I don’t know the backstory, so I started imagining various scenarios.

What if she had been dying in the hospital, and he was her doctor? He saved her and taught her to play golf so they could live happily every after. Or perhaps she was a victim of human trafficking, and he was the private detective who found her and saved her from a life of ruin. I guess I had that whole Pretty Woman thing in my head. She could have been the one who rescued him from an otherwise miserable life. Or maybe they met on the golf course a month ago and haven’t fallen out of love yet.

Then I thought, maybe she just looks young. Maybe they’ve been married forever and have a passel of children and grandchildren. Of course, none of this is any of my business, and in the grand scheme of things, I don’t care. I just like to fill my head with idle speculation about other people’s lives. It’s actually an improvement over the rest of the voices in my head.

They say golf can be a metaphor for life. Certainly, I’ve encountered some annoying people on and off the golf course, but I’m learning to appreciate the characters out there, and I am all the better for it.