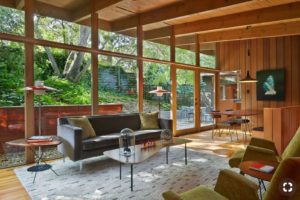 I grew up under a mantra: “Girls can’t… whatever.” I don’t even remember being asked what I wanted to be when I grew up. People didn’t ask girls that question in the 1950s. At least, not where I grew up. I wasn’t aware—not consciously—of living under any restrictions, but they were there all the same, looming over me like a huge, tightly clenched fist. I didn’t feel sorry for myself, it’s just the way it was.

I’ve always had a certain house in mind. A dream house, if you will, a house I’ve designed over and over both in my head and on paper. Before the mid-to-late 1960s I’d never seen an architectural style like it, but I have to admit, the vision morphed and redesigned itself through the years as I borrowed elements that I found attractive in any given era.

So, here are some names for you, Mom.

There have been many, many women who followed in the footsteps of these pioneers.

SK Waller is an author and composer. Books One and Two (With A Dream and With A Bullet) of her rock and roll series, Beyond The Bridge, takes places in late 70s London. Read more at SK Waller SKWaller.com.