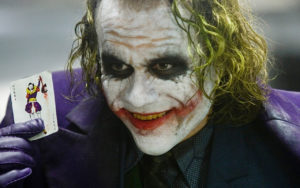 E  S  S  A  Y   Can you really label an entire generation a bunch of sociopaths? You can if you write a book with the title A Generation of Sociopaths, but that doesn’t make it so.

Antisocial, lacking empathy, impulsive, egotistical, shameless, manipulative, deceitful….are these words that describe you or your fellow boomers? Maybe a few words match up with a few friends or acquaintances, but an entire generation? I don’t think so.

The author cites the usual suspects for his claim. Permissive parenting, too much television and prosperous times made us who we are. Massive debt, unemployment and environmental degradation are all down to us. Somehow, one generation (albeit a big one) has been able to ruin the world for everyone. The author won’t even give baby boomers credit for doing anything worthwhile. No credit for equal rights or anti-war movements, no pat on the back for efforts to promote clean water and protect the environment. We just greedily looked out for our own wellbeing and to hell with everyone else. All for one and all for one.

Slandering an entire generation with massively scaled generalizations seems so unfair, but when you’re part of what was then the largest generation ever, you come to expect that there’s a target on your back. Honestly, don’t you think our influence on everything from culture to politics is a little overrated? Every generation is responsible for a variety of trends but bell bottom pants and platform shoes did not really change the world.

Isn’t there a little bit of irony to the fact that the millennial author of the book is a venture capitalist. He was an early investor in Pay Pal and Facebook and that qualifies him to generalize about our lack of empathy? I’m thinking that banking on the internet to produce the next big thing to make a pile of money has a sociopathic ring to it.

Too bad we won’t be around in 40 years or so when someone writes a book titled “Millennials: The Next Generation of Sociopaths.”