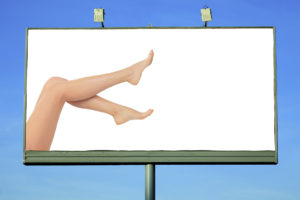 F I C T I O N  Johnny quit the band to get married and start law school. We played together for the last time at their wedding reception, and then loaded the guitars and headed west for California without him. Another friend from school had rented a big house in Portola Valley and he was eager to become the new drummer who could book us into the San Francisco music scene.

We holed up to practice for two weeks, and then started playing the North Beach joints, including a few nights on stage with Carol Doda. The writing on the wall came after we cut the demo with Jim Lange in August. We listened to the playback and nobody, but nobody, thought there was a future. It’s a sad thing to see the dreams of artists dashed. The guys all drifted back to Houston, and I moved in with Bonnie.

We met when the group was playing Sunday nights in the Marina District. The Annex was a happening weekend scene, and she had come to town from Seattle with flowers in her hair. One thing led to another, and then she’s telling me I’m going to be a parent.

She said she had not been to the doctor yet but had missed two periods and was absolutely never ever late.

“My parents will kill me. What are we gonna do?”

I was more than a little concerned that they might kill me first, so after some discouraging looks at options, I proposed, she accepted, and we drove her Austin-Healy down to Monterey where her parents lived comfortably and did the right thing with a lavish, if sudden, noon wedding at their church.

We were too young and stupid, and it turned out she wasn’t pregnant after all. What she was and continued to be was an actress, and a specialty model whose legs kept showing up in advertisements. She was doing a ton of local ads for the Bay Area papers, and that led to her working in Los Angeles, New York, Nice, and South America. I was spending a lot of my time alone and wondering about my pals back in Texas. Then I got the phone call I should have been expecting.

“We need to talk about this. When are you coming home?”