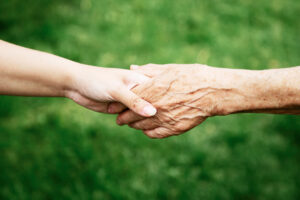 Hey everyone – they have named a new problem exclusively for baby boomers!

Demographers have projected that there will be a major eldercare bomb arriving in 2030. What to do, what to do?

First off, society needs to acknowledge that in a repeat of the original boom, there will be another boom coming that will impact eldercare.

How does society prepare for this boom? For starters, we need a payment and insurance system that can handle eldercare better than what we have now, because the numbers are going to be staggering. Two, we need to be proactive in keeping aging boomers as active and healthy as possible. Three, make sure eldercare is more easily accessed. And four, the tough one. Try to change the way our culture views the elderly, so that aging boomers are integrated into community life.

Something sounds very familiar about this scenario. That’s right! It’s similar to climate change. We are getting the early warnings that a storm is coming (I refrained from the term shitstorm, but there it is), and the question as always is will we do anything about it and will we react in time. Short answers: nope and nope.

The penalty for not acting is what some might call dire. A reduced workforce on top of higher costs for eldercare could force the economy to take a major hit, or an economic shock. In many first world countries where national health insurance programs are already in place, the social safety net will most likely be able to absorb the added costs associated with the 2030 problem. Not so in the U.S. Long term care costs in the year 2000 were $120 billion. In 2030, that figure is projected to be $270 billion.

The only note of optimism here is that generally speaking, boomers are in better health now compared to their parents when they were the same age. So maybe the analysts have not factored that into their calculations. Maybe.

Back to what to do. Take care of yourself, exercise, eat well and buy long-term care insurance. And support efforts to make eldercare more accessible. We’re all going to need it.