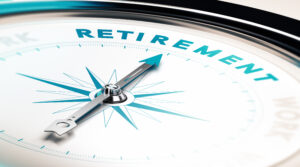 I am not ready to retire.

I joked about it — in 2010 I said I was disappointed to learn that the Mayan calendar had been mistranslated and that the world would not end in 2012 after all. (Spoiler alert: It didn’t.) But, see, I said I was rooting for the End of the World in 2012 because my credit cards would have just about maxed out by then.

In reality, I scrimped and saved and got my credit cards back under control (the last of my five kids finishing college helped a lot in this regard). But I’m not out of debt yet… and I’m not likely to ever be completely out of debt.

Actually, it turns out that reaching retirement age is in some ways like being a teenager all over again, except without the hormones (darn it): As my friends in high school all turned 16 and got their drivers’ licenses I wasn’t 16 yet and I was kind of envious because I wasn’t yet old enough. Now my friends are all retiring and I’m not quite old enough and I neglected to get a pension from anyone.

That was poor planning on my part.

This is the ‘second wave’ of retirements in my case: Some years back, when I was coaching at what I called Bluejay Park, a lot of my fellow coaches started turning 50. That may not strike you as a particularly important milestone. But most of these dads were City workers — cops mostly, but some firemen, at least one guy in the Department of Forestry) and they had their 30 years in with the City and were therefore eligible to retire and collect their full pensions. Many did retire. Most found other jobs, too, meaning they had some pretty good earning years while I was rooting for the Mayan prediction to be true.

I had a plan about how I was going to get a pension — lots of plans — none of them practical.

So I’m still here, still pursuing plans that are unlikely to bear real fruit. But I’m more at peace now with that. And I’m prepared to muddle through.

Come sit next to me on this bench in the Blogosphere. I’ll tell some stories, and maybe I’ll even make you smile.

Or piss you off. In 2021 I suppose that seemed more likely.

Curmudgeon is a self-described dinosaur — an Ozzie and Harriet person living in an Ozzy and Sharon world. And sometimes it confuses the heck out of him. He writes a very amusing blog at Second Effort.