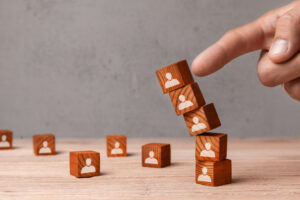 Some of us chose retirement, and others were squeezed out or forced out of jobs earlier than they had hoped. Or maybe it got so bad you just said, screw it, I’m out of here.

If you’re still sad or angry about what happened to you at work, perhaps it’s time to accept and forgive. Here’s my spin on it. Almost like a variation of Festivus with the airing of workplace grievances. It helps to laugh.

Even though I made it to the finish line relatively unscathed, I had one awful job toward the end of my career that left me feeling quite bitter.

I try not to think about it much, but last week I was digging through files on my computer looking for an old picture of me with adorable hair, because you, know, the struggle is real, when I found a folder marked MFR.

What was this? I double-clicked, and there it was. A detailed chronicle of the one job I’ve tried to forget. A Memorandum for Record is what I called it – a long and painful documentation of bad behaviors and harassment that pretty much left me crying every day for a year.

As I read through my notes with fresh eyes, I finally realized it wasn’t all about me. I was caught in a web of complex corporate norms and cut-throat politics.

There were bad actors in high places, weak lieutenants and one low-level sociopath who lived on the blood of destruction. Everyone else operated under the theory that only the whale that surfaces gets harpooned.

In the end, I came out whole, better than whole, so I decided to accept and forgive. I just said, this is it, no more. Bitterness is not an emotion I want to live with. And I’ll say this, something about letting go just makes you feel better in every way. I feel lighter. A weight has been lifted.

True, there’s no forgiveness in my heart for the sociopath or the person who provided top cover, so acceptance will have to suffice. I decided to just accept that what happened happened and release myself from the internal drama … almost like being an observer, watching the whole thing from afar. As a result, they no longer live rent-free in my head. That seems like a fair trade.

Anyway, that’s my perspective, and I guess it applies to just about any negative emotions we can’t quite dump. Maybe we can move on if we keep trying.