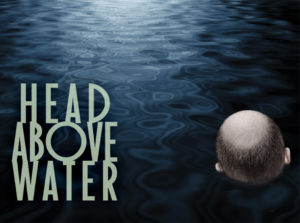 E  S  S  A  Y    I’m not exactly sure when I knew I was meant to be a writer. It must have been when I was very young. It could have been when I realized words were important because whenever I asked my mother how to spell a word she made me look it up in the dictionary. So words are collected and put in books. Maybe that was the start.

By the time I was in high school, I was typing up short stories that I was sure the New Yorker magazine would be delighted to publish. In college I was bored with the standard curriculum but enthralled to be taking creative writing classes. My mentoring professor told me I had writing talent and I believed her.

Once established in my public relations career, I was writing speeches, congressional testimony, news releases, and articles for publications. I was getting paid to write – I was a professional.

I had enjoyed mystery novels for quite some time but it finally occurred to me that perhaps I could write one. I was living in Annapolis when I got serious about the possibility. The mystery subgenre that interested me most was the accidental detective. A crime is committed and with no experience for detecting, the main character attempts to solve the mystery. It’s even more interesting if it imparts some knowledge about people and places that are outside your own experience. Annapolis and the boating scene on the Chesapeake Bay offered just such an opportunity. And that’s how my mystery novel entitled Head Above Water came to be. I wrote the kind of mystery novel that I liked to read. That was a long time ago.

For years I would not let anyone read it. But then one friend was allowed to see it, and then another, and another and another. All were enthusiastic and encouraging. By then self-publishing had emerged as a real avenue for aspiring writers, so after 13 years, Head Above Water is finally available on Amazon and Kindle. I’m no longer a pre-published author as it used to read in my byline. I should savor the moment but it has freed me up to work on the new mystery featuring an aerial photography pilot in New Mexico. No time to waste because I am not waiting 13 years for this next one to get published.