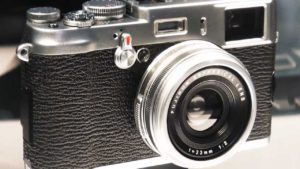 E  S  S  A  Y   I wish I’d taken a picture of my dad when he was deep in thought, or working at his bench in the garage, or playing his drums. A tight close up of the place he’d escape to when he needed to disappear. A master of concentration, he had a genius for tuning out whatever was going on around him. Especially my mom.

I wish I’d taken a picture of my dad when he explained aviation to my 2 year-old son. Joel hung on his granddad’s every word, looking up at an airplane overhead, pointing, and saying, “Up high!” It was what Dad always said to him so he assumed planes were called “up-highs.” They both loved aviation so much, I’m sure my dad must wear some sort of wings in my son’s memory.

I wish I’d taken a picture of my dad when he had his morning coffee. He was an early riser and liked to sit in his favorite chair working the daily crossword, and by the time I got up he was already at work, in his garage, or doing yard work. My first real “smell memory” is of freshly mowed lawn; I thought it smelled like watermelon. I still think it smells like watermelon and whenever that fragrance wafts by me, I smile.

I wish I’d taken a picture of my dad—I wish I could have taken a picture of my dad—when I performed. No matter where he was from where I stood or sat, his smile always told me how proud he was that his family’s musical genes had been passed down to me, that I was a Waller through-and-through. I remember once when a flute quartet of mine was performed in California, I played for him a recording of it over the phone. When it was done the other end of the line was silent and I feared we’d lost connection. Then I heard his soft, deep voice say, “I can’t say anything, hon. I’m crying like a baby.” I wish I had a picture of my dad at that moment.

I wish I’d taken a picture of my dad one of the many times he walked in my kitchen door bearing a paper bag or two of groceries. He always said he’d only picked up a couple things we needed, but it was always things we wanted but couldn’t afford. Cookies, licorice, a toy for each of the kids, a music magazine for me… He’d come in, pour a cup of coffee and sit down at the table to visit for a while, and then he’d be gone again. These days I only fantasize about him walking in my kitchen door. These days he wouldn’t need to bring anything but himself. That was always enough for me.