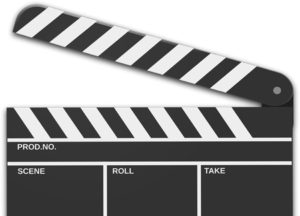 E  S  S  A  Y    What is it that makes somebody want to be an actor? I’m still processing the idea that I was willing to drop every previous priority in my life and instead spend the last twenty-four hours chasing the dream of a role in a television series. Oh, my agent tells me I have an audition in the morning? Better get to work.

I hardly slept that night between memorizing the dialogue and wondering what if I did get the part and this ends up being a week out of my so-called life where I get to hang with the Big Dogs, or do I need to content myself with the notion that maybe it won’t work out but still “An Actor Prepares” to the best of our abilities and then has to accept the real possibility of being too tall, having too much hair, not enough hair, too good looking, things like that.

I try hard to put the audition behind me after I’m back in the Subaru reviewing ‘how it went.’ It helps that they seemed to have called in a range of types for this part. There was the shaved head sport body presence, the wooly-faced fringe look, the Euro-sleek tailored model, and me who was once previously classified as ‘slightly off-beat.’ The only interview question was ‘How tall are you?’ My guess is that the principal actor is vertically challenged.

I said the lines in front of a casting crew which consisted of three dangerously thin young women who treated me like an alien, as if old guys couldn’t be in movies. Well it has been a while since I worked, but hope springs eternal.

The part was well written, and it’s wise to remember that most of the auditions we do won’t even result in a call back, never mind the outside chance that I am exactly what they think they want for this part, or maybe some other thing where they see my headshot and say ‘Oooh that’s exactly who we want for the grandfather role.’ Keep dreaming, or get out of the kitchen.

But it’s not lost on me that I’m lucky to be living in a place like this where these things are happening, that there are plenty of actors in Albuquerque who didn’t get this particular opportunity, and what if the next phone call is telling me to be on set this afternoon?